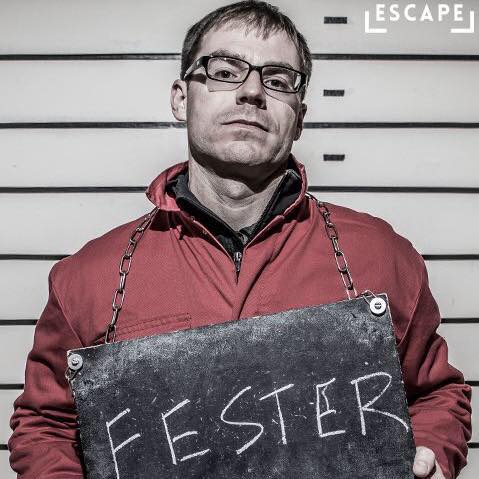 Imagine a three-hour trip into the world of prison. Then try to escape, if you dare! Prison Escape is a game (think escape room, but legit) where you willingly report to a now-retired prison in Rotterdam to be locked up. To keep things fun for everyone, I cannot tell you many details, but here is what I can say.

Upon reporting to prison, you are in-processed. This includes forms (including the one where you agree to keep a lid on the details), getting a jumpsuit, getting a nametag, taking your mug shot and getting placed into your cell. After that, it’s a maddeningly exciting free-for-all behind bars. There are friends and foes in the prison, clues and dead-ends. It’s up to you to find your way out. Luckily, at the end of the three-hour game everyone is allowed to leave.

The Prison Escape website has a great FAQ section. I was worried about my Dutch language skills – it turned out not to be a problem. In fact, when you don’t have a clue what people are saying, it makes you feel even more isolated in the prison environment and that made it even more fun. I went with a group of friends, but found that our experiences in the prison were so different. We split up at one point and each tried his own way out.

I had a particularly fun Prison Escape experience because I broke the game. This is a well-scripted event with plenty of oversight and lots of staff. These aspects keep the players safe. But when you’re in the middle of the game, you have no idea what to do. During my time in the prison, I was constantly scheming for ways out but most ideas were dead-ends.

While I was walking in the prison yard, I saw an open door so I went for it. It was a shed and it was empty. Of course, I thought the door was purposely left open. I thought it was a way out. I hid under a dirty old carpet and waited for the yard to empty. Ten minutes later, I made a run for the wall, which is when I bumped into a staff member. She was shocked – the shed was not a legitimate escape method. I was the first person to make it work, and the adrenaline was enormous. For my efforts, I was granted free passage out where I met up with my other successful escapee friends.

After the Prison Escape, you’re invited to the cash bar for some camaraderie with the staff and your fellow prisoners. And in a few days, you get your mug shot. This event was totally worth the cost. Go now because the event will end as soon as Rotterdam parses out the prison space for condos. If you don’t live in the Netherlands, don’t worry. Prison Escape is coming to a continent near you. The organization ran a Kickstarter campaign to fund the event in five countries this coming year.