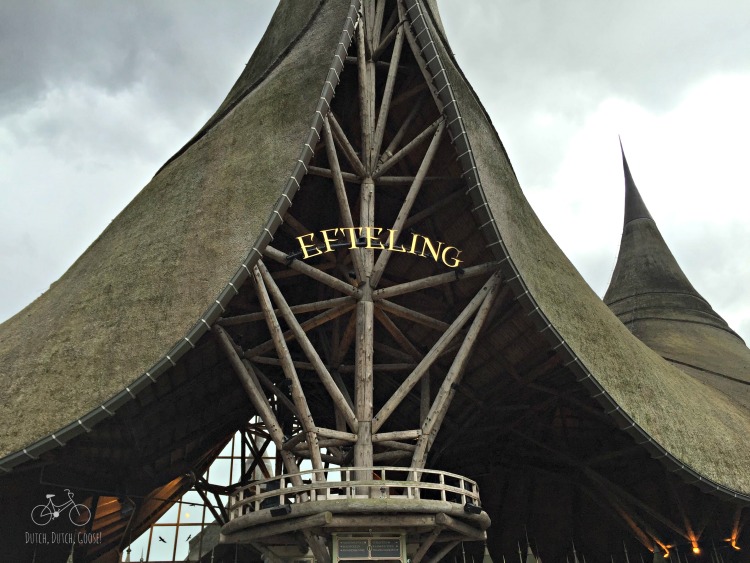 A Day at Efteling with Toddlers

When H turned 4 we decided that heading to Efteling would be a fun way to celebrate his birthday. We arrived for the 10am opening and stayed till about 3pm. H’s birthday was chilly with lots of sun and a few showers, which turned out to be perfect visiting weather. The weather kept the crowds down meaning we could enjoy shorter wait times and plenty of play space. As a note, a large section of the park is currently under construction. They are working on a new fantasy area. You should bring your stroller is you have little ones. There is plenty of stroller parking at rides and the park is quite large. You can rent a stroller at the park but they are more like small sleds than strollers and won’t give you any additional cargo room. They would only help your kiddo get off his or her feet for a while.

Elfteling has its own app that is quite helpful when trying to navigate the park. Wifi is available in different parts of the park, but was not consistent when we were there.

There are quite a few larger rides for older kids and adults. Given our children’s ages and my current pregnant state we avoided the larger attractions but still had a day full of fun and adventure. A great place to start your visit is the Pagode. This Thai Temple rises to the sky on a crane arm and gives you a panoramic view of the park. From up on high we could see the Gondoletta boat ride, but it was down for maintenance during our visit. This was really unfortunate because our little O loves boat rides. We loved the playgrounds! When I visited Disney World last summer on our way over to Europe one of my complaints was the lack of space to just let the boys run and play. We discovered several fun playgrounds at Efteling. They are all well themed for their locations. One of them even has kid-propelled rides so your littlest can feel involved in the action., The kids loved the merry-go-rounds, especially the one shaped like a carousel in the castle area and another themed like a train going round its tracks. Our kids both spent more time pushing the carousel than they did riding on it. The playgrounds have an assortment of play equipment you’ve never seen before, which is always really fun for the kids. There are plenty of things to climb and jump on as well. Plus your traditional swings, slides and teeter-totters. The pedal-trains were a huge hit with the boys. We only rode them once though,  as our legs were a bit long for the pedals. Jeff and I kept knocking our knees. The trains are heavy and take a lot of pedaling to propel them. At the end of the ride we figured out why all the other parents were sitting up on the back of the cars! A raised snail ride above the castle playground was another huge hit with our little guys. This is the ride we could see from the road. We split up into two snails to explore the aerial path that looks down into the castle grounds.

The drive-your-own-car was also a big hit for the kids. The cars are battery powered so they are not as noisy as the lawnmower motor ones that are popular in the States (i.e. Disney World). We loved that our family of four fit in one car. The back seats have pretend steering wheels so O was happy in the back with me while H actually “drove” the car. Mazes are also a huge hit with the kids and luckily they can be found all over Europe. The Efteling Adventure Maze has many extra special twists the kids loved. But dads beware! There is a bridge near the middle of the maze that has optical sensors which, when activated, send a shot of water right at you. They’re easy enough to dodge but Jeff was carrying little O across and got stalled behind another kid and took a half liter of water right on the pants.

The steam train that rides around the property is fun, but loading and unloading was so slow. You also cannot take your stroller with you, even collapsed, so we were stuck with a round trip ride if we didn’t want to be separated from our stuff. The Carnival Festival dark ride was a huge hit with the kids, likely because it is reminiscent of the Small World ride at Disney which was a huge hit with our kids. We loved that this ride explores many different countries and although some of the portrayals are a bit stereotypical it features landmarks the kids could identify. The food at the park is fine. We were able to find good options for the whole family. You are allowed to bring your own food in, so another option would be to pack a lunch. A Dutch-American couple who have frequented Efteling recommended we do a meal at Ravelijn just before the show.  You can see the knights from there so it is like getting a meal with entertainment. The timing did not work out for us, but I wanted to pass on the advice. The Fairy Tale Forest is one of the hallmarks of the park. Animated stops inside the forest tell traditional fairy tales like Rapunzel, The Emperor’s New Clothes and Hansel & Gretel. There were also a few new stories we were not familiar with. Signs are in several languages including English. The store at the entrance sells an excellent story compilation in several languages that is worth checking out. We almost missed the miniature displays complete with trains that is tucked behind the indoor carousel. Make sure you poke in here for a look. The exhibits are fascinating and my train loving kids were blown away by the displays. We missed all the shows because we were too busy exploring and playing. We also missed a few of the dark rides that would have been appropriate for the kids because we weren’t sure based on the Dutch descriptions. I should have spent a bit more time on the wepbage before we went. I’ve made a list for our next visit. Efteling is a truly Dutch experience we will hopefully be doing again before our time in the Netherlands is over.