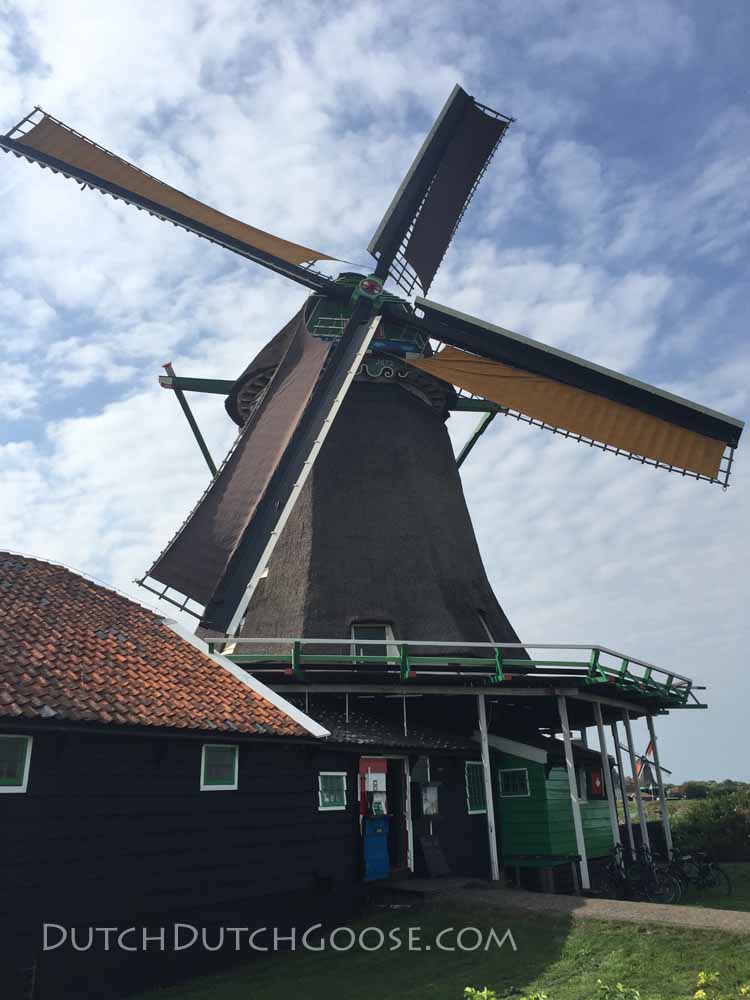 Zaanse Schans, If You Must

Zaanse Schans seems to top the list of places to visit when coming to the Netherlands. We figured we better go check it out. Unfortunately, we found this tourist attraction to pale in comparison to everything else the Netherlands has to offer.

Despite being a pretty collection of museums and Dutch paraphernalia, Zaanse Schans is the epitome of a money-grab. There are far better open-air museums in the Netherlands (for example) and wiser uses of your time. Zaanse Schans is a quick trip from Amsterdam if you’re limited to a one-day visit to the Netherlands, but here are six better options: Rijksmuseum, Anne Frank House, Van Gogh Museum, Rembrandt House, canal cruise, maritime museum, Kinderdijk.

Zaanse Schans is a purpose-built tourist attraction celebrating historic Dutch life. You’ll find a bakery, a cheese shop, windmills, a boat tour, the original Albert Heijn grocery store and a half-dozen other entertainment options. During my visit in September, the weather was beautiful and every attraction was open. However, I found each attraction to be a thinly-veiled attempt to sell me something. The cheese museum was merely one display case that showed a couple of the steps of cheese making. The remaining 95% of the building’s square meterage was devoted to selling cheese and trinkets. In our opinion, your better off heading to  Alkmaar or Gouda, which both feature amazing cheese museums and seasonal cheese markets. The bakery museum was no museum at all – but two shops, one selling candy and the other selling baked goods. As an alternative, we would reccomend heading into any town in the Netherlands, other then Amsterdam, and finding the local bakery or shopping at the weekend market. We paid to enter one of the windmills – the sawmill – but sadly the mill was not running. Also, the two employees I tried to speak with were uninterested in answering my questions. We had a better experience at Kinderdijk, which features several working windmills and a museum explaining the importance of windmills to water measurement in the Netherlands. The Zaans Museum is a much bigger entity than any of the individually operated small museums in the Zaanse Schans conglomerate. Its displays were well presented and informative. However, the information desk was unable to answer even the simplest of questions. The museum contains several exhibits on the local region and the products produced there. The English audio guide was useful too. There is a small art gallery, which is manageable for families with children. This seemed well and nice, until an employee walked over and scolded my four-year-old for taking two biscuits. In full disclosure, I told the kid to take two biscuits because he had touched two. The same employee required us to stay in a small room while eating the biscuits because he said the museum has a mice infestation. Lastly, this employee required my 69-year-old mother to hold a sheet of paper under her mouth while eating her biscuit to catch crumbs. Dutch museums and employees are always great – this was our first negative experience. I reached out to the museum’s management for comment but did not receive a reply. My suggestion to the Zaans Museum is: don’t offer biscuits if you have a mice infestation. The Zaans Museum would have been the highlight of Zaanse Schans but it was infuriating to be treated poorly at the anchor museum. The Zaanse Schans Card is available for 15 Euros (10 Euros for children) and it offers several free admissions and discounts. However, the card’s discounts are strategically frustrating. It gives you a discount on parking, but only 33%. The card includes free admission to the Zaans Museum, the Weaver’s House and one windmill, but only a discount for the remaining windmills and only a discount for some other museums. Plus, the machine selling Zaanse Schans Cards was out of order. Parking at Zaanse Schans is 9 Euros. Combine all of that with the idea that you go to Zaanse Schans to buy things (cheese, clogs, pottery, windmill products and tulip bulbs), the whole experience felt like a money-grab. You could park on the street by the nearby athletic fields or in town and walk to Zaanse Schans or you could go by bicycle or bus. Also, you could use your Museumkaart for the Zaans Museum and only visit the small free museums. But the value just isn’t there. You can see windmills, wooden shoes and wheels of cheese in so many other places, why would you spend your time getting to Zaanse Schans to buy overpriced inauthentic souvenirs?

Your vacation time is precious – stay away from Zaanse Schans if you can.