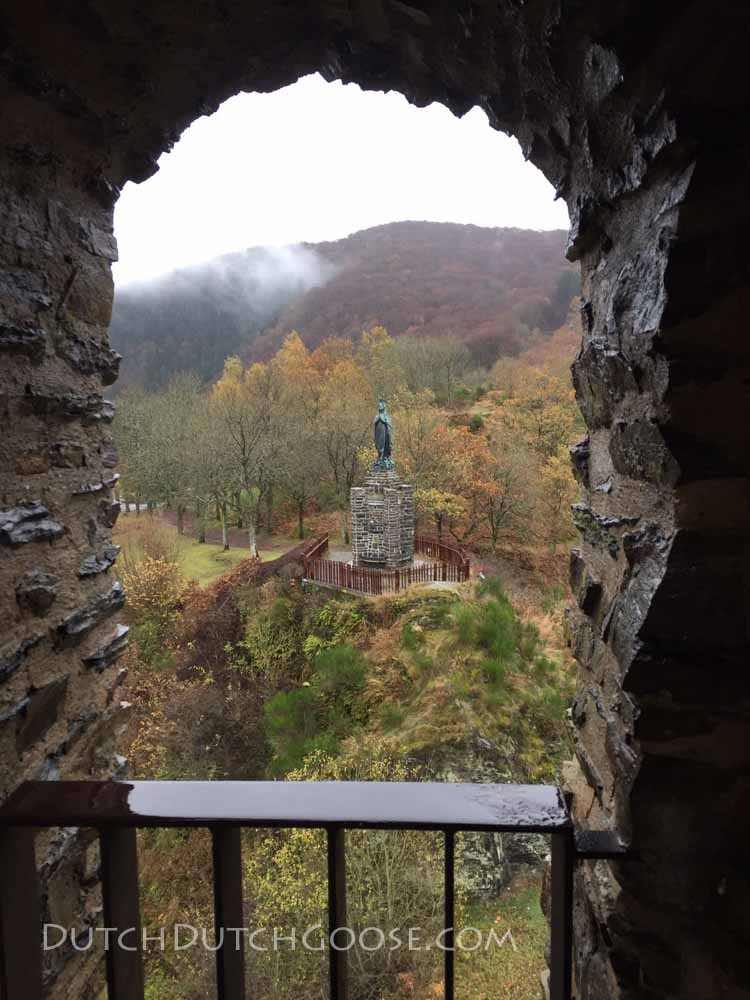 We’re guilty of it, you’re guilty of it and so are popular travel guidebooks. We all need to stop overlooking Luxembourg. This small landlocked country is home to just 500,000 people but is an amazing find for a weekend or a week. It’s less than four hours from our home and easily reachable from all of Belgium, western France, Eastern Germany and even Switzerland. One of the reasons Luxembourg isn’t at the tip of our tongues is that it doesn’t have the name recognition that a Paris, Brussels or Frankfurt has. But let it be said, that’s no reason you shouldn’t immediately make plans to visit the Grand Duchy of Luxembourg. With Grandma in town, Jeff took our oldest on a camping/hiking trip into the Ardennes region of Luxembourg. It was a quick two-night trip that could have lasted two weeks. Luxembourg’s gems are hidden in hill towns. Its history is intertwined in world history, including the rather important piece it played in the Battle of the Bulge. Knowing that we could never do the country justice on this trip, we chose to spend a couple of nights in the same region. Night one was spent in Berdorf at the Martbusch campground. Night two was spent at a hotel in Vianden. We planned the ‘dads and big kids’ trip this way for several reasons. First, camping is a lot of fun, but we wanted to give the kids a taste without overwhelming them. Second, there are a lot of advantages to being at a hotel in town. You can walk to meals and attractions. So this trip was an amalgamation of camping and city touring. Berdorf is in the heart of a sandstone hiking and climbing region in eastern Luxembourg. It’s popular with outdoor types. The Martbusch campground was perfect for us. It has a big playground, warm showers and indoor toilets and accommodates all sorts of camping (tent to RV). We opted for a “mega pod.” This was a small cabin with a heater, refrigerator, sink and toilet. It had two queen beds, which was just perfect for our two dads and two kids setup. We traveled off-season, so we were really glad to have the heater. The campground restaurant was closed so we were also happy that Simon thought ahead and brought dinner and breakfast to cook. Despite the cold and rain, the kids were able to forage for enough firewood to make a small fire, over which we were able to roast marshmallows. Since we had nearly the whole campground to ourselves, it was an even more special experience for the kids. Sure, there are plenty of disadvantages to traveling in November, but there are also plenty of perks. The Martbusch campground was just a few kilometers from the best hiking in the area. There was even a great trail amidst some small canyons that left from the campground. The kids really enjoyed climbing through the narrows, up stairs and ladders, and down through gullies. The kids even found a fairy glen. Part of the success of hiking on this trip was that for weeks, Simon had been building up the experience for the kids. He talked about the hiking and bought both kids headlamps for the caves. This hype was all a couple of four-year-olds needed to get excited about the trip. I was naturally a bit worried about the camping portion of our stay in Luxembourg. I’m used to living in the Mojave Desert and in the Front Range mountains of Colorado. Both regions can kill you quickly. But the Ardennes are tame. You’re never more than a few kilometers from a town, the trails are well signposted and there are lots of people out and about. I insisted on always knowing where we were going, but Simon gently reassured me that getting lost in Berdorf is a different animal from Colorado or California. Having gotten our fill of hiking in and around the sandstone hills of Berdorf, we packed up our mega pod and drove to Vianden for the second portion of our trip. Vianden was a target because of its hilltop castle. The kids still love castles and this one is top-notch. It was built between the 11th and 14th centuries and has something for everyone. The kids enjoyed the suits of armor, the many rooms and the excavations area. Lunch in the cafe was simple, but exactly what we needed after a night in the mega pod. Vianden is famous for the Victor Hugo House, but the closest we got was eating in the Victor Hugo Restaurant for dinner. It was quite good – and most importantly, the staff wasn’t bothered by our kids who were building things with beer coasters before the meal. We visited Esch-Sur-Sure, a small town with castle ruins atop a hill. This was an amazing place to let the kids stomp around and pretend they were saving Elsa from the Abominable Snowman. Unfortunately, we couldn’t find a cute bakery in town for a snack so we got back on the road. We stopped in Namur Belgium for a quick pizza lunch at La Piazza. This was nice because we got to walk around the old city center and the kids were able to watch their pizza being made. It’s a tiny place, with just six tables inside, so call ahead if you plan to visit for supper. There is so much to see in Luxembourg! We have been so focused on big places with big sites that we have let Luxembourg slip by us. I got the feeling that the locals are fine with this, opting to keep their historic sights and top-notch natural areas to themselves. This was just an introduction to the country – there is so much more to explore.