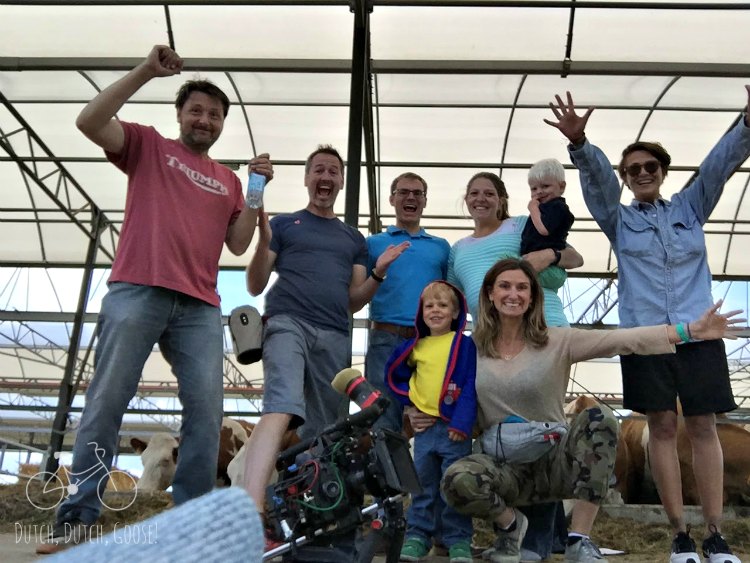 Remember when I was super pregnant (30 weeks) and thought it was a good idea to shoot for House Hunters International? I’m actually not allowed to share this post until our episode is about to air, but I thought I should write it while I can still remember all the funny details. If you don’t want to know what goes on behind the scenes you should stop reading now. Based on other blogs I know people get really upset when the veil is lifted on one of their favorite shows.

Our Episode is set to air Tuesday January 3rd on HGTV and is titled “Cuckoo for Canals.”

Jeff and I decided to go on the show because we knew it would be a good life experience. (Many of our decisions are made under this idea that we should be filling our life with interesting experiences.) The process of getting on the show took months. There were interviews, video logs, paperwork, long waits and more interviews. Going into shooting we knew that it was reality TV. We were going to be “those people” looking for the impossible house in Europe. Honestly, we embraced it. We wanted the show to be good and entertaining so we hammed it up a bit. It was more fun for us and hopefully more fun for people to watch. (So, no I’m not actually obsessed with having a bathtub in my house. Although I do love the one I ended up with!) The actual week of shooting was GRUELING. We were exhausted. I lost my voice in the last few days just from talking so much. Each location requires multiple shots and interviews. You’re constantly being coached on how to say things and reminded of what tense you should be using. It is mentally draining. We did so many interviews. Standing. Sitting. Together. Apart. There were many, many, many outfit changes. All of which we had to make sure had no logos or designs. (The maternity wardrobe was running thin!) Then there was that bit when we packed up most of our “stuff” so that our very much lived in house, looked like a rental property. We luckily had the best crew around and enjoyed spending time with them. Our “real estate agent” was a real life friend and neighbor and that made house tour days really fun. He was not a licensed agent, just someone who was willing to pretend to be an agent. There was a lot of joking around because of the downtime needed to prep a house. We also got to learn how the equipment worked and hear stories from other shoots. Anytime we shot with the kids was a total nightmare. Fun, but complete and total chaos. The kids had one rule – don’t look at the camera. H, four at the time, just loved the camera when he was into it, and like a moody actor, would suddenly become totally over the whole thing. O, two, remained unsure for most of the shoot. We ended up with some really fun footage of the kids around Delft though that made everything totally worth it. That being said they called the crew “our friends” and for weeks after wanted to make their own movies around the house. So, all in all it was an interesting experience that we won’t soon forget. You can watch our episode of House Hunters International on January 3rd. We also want to give a huge shout out to the places around Delft that let us shoot there. We asked many of our favorite local haunts to host us and they were all beyond gracious. These places get little to no compensation, just the joy of us creating chaos while we shot there.  The least I can do is link to them here so you can check them out if you’re around or you’ve watched the show and want to know more about them.

We hope you enjoy the episode.., and don’t judge us too much!