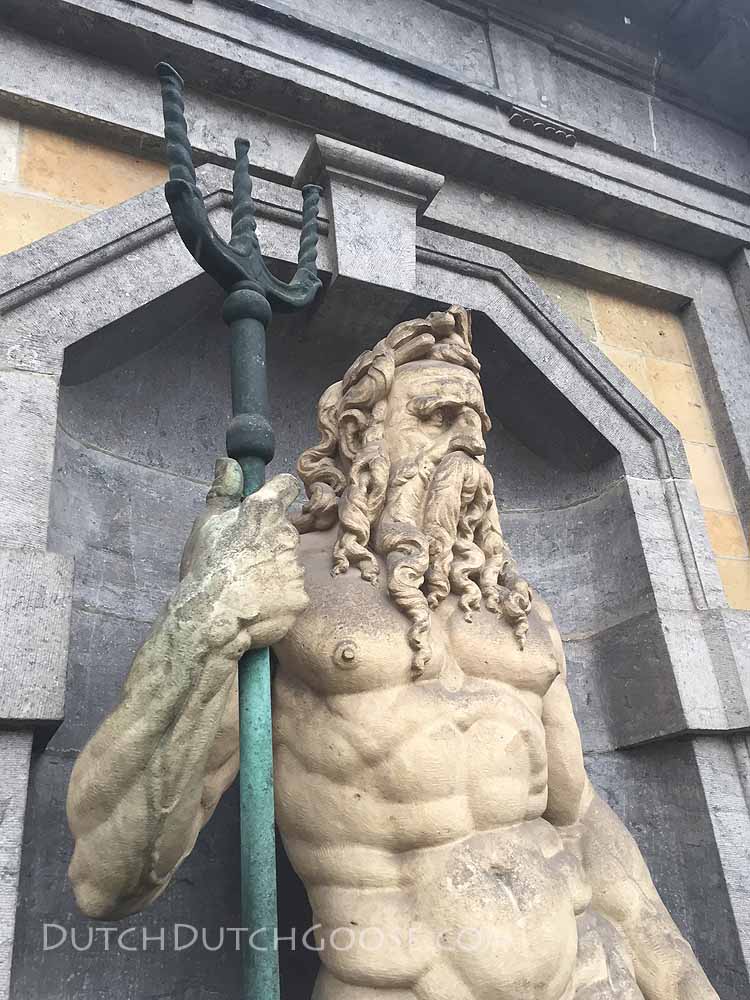 Antwerp Blitz In a Day – No Kids

Antwerp with kids is fun (check out what we did here), but the city’s got a lot of interesting sights that would bore young children. When the opportunity to take grandma to Antwerp for the day came around, we thought no kids might be a good choice. In a previous Dutch Dutch Goose post, we talk about the zoo, castle and great market. This post will focus on the Red Star Line Museum and the Rubens House Museum.

For this trip, we opted to take the train to Antwerp Central Station. From Delft, we caught a metro to Rotterdam Central and transferred to an Intercity to Antwerp. These Intercity trains depart roughly hourly and take 69 minutes to make the journey. You cannot use your NS OV Chipkaart for the journey – you need to use an NS machine to buy an international ticket. Rotterdam to Antwerp on NS is not cheap. Expect to pay 22 Euros per ticket each way. Our train was delayed, which meant that we were standing on the platform when the super slick Thalys rolled through the station and crushed our hopes. You can take the Thalys one stop from Rotterdam to Antwerp in approximately 30 minutes but it’s pricey. Expect to pay around 60 Euros one way, cheaper if bought far ahead. Antwerp is an easy city in which to navigate. Buses and trams both leave from the Central Station so you can be anywhere in the city in about 15 minutes. Our itinerary on this trip took us from the Central Station to the Red Star Line Museum, then to the sights in the city, followed by the Rubens House Museum. From the station to the Red Star Line Museum, we took Bus 17 for the 15 minute ride. Tickets cost 3 Euros (payable to the driver). The Red Star Line Museum is certainly interesting. It portrays the other side of the Ellis Island story. Immigrants to the U.S. boarded ships in Antwerp after undergoing medical examinations and having had their clothing and luggage disinfected. The museum is in the building where immigrants actually processed through the steps to embark. There is not much for children here. There are videos and lots of signboards (offered in three languages) but not much to entertain kids. We spent two hours making our way through the museum. There is an observation tower, but it was closed due to weather. It was snowing in February during our visit, so we wouldn’t have been able to see anything anyhow. The museum boasts a small cafe (soup, sandwiches, quiche) where you can expect to pay 5-6 Euros for a light lunch. The neighborhood of the museum has a few lunch options too, but not many. After the Red Star Line Museum, we walked into town following a walking tour route suggested in a popular guide book. This took us past the Red Light District, Butcher’s Guild, Castle, Great Market, Cathedral and more. In trying to avoid the Red Light District’s main street I accidentally walked grandma right through the middle of it all. While awkward, I’m glad we didn’t have the kids with us. We concluded our walking tour at the Rubens House Museum. Rubens was a 17th century painter who rose to fame in Antwerp. While the house in Antwerp is a highly renovated version of his home and workshop, a few architectural elements remain. The tour is fascinating. Admission costs 8 Euros and you’re given a guidebook in your language. The tour is a one-way route through a handful of rooms where you see Rubens’ art as well as art from his contemporaries. Expect to spent 1-1.5 hours making your way through the collection. It feels more like an art museum than a house tour, which is good since the house isn’t as it was during Rubens’ time. Toilets cost 0.50 Euro at the museum. Antwerp is a lovely town. You’ve got a plethora of interesting sights. Some, like the zoo, are perfect for kids. Others, like the Red Star Line Museum and Rubens House are better suited to an older crowd. Antwerp is only 1.5 hours from Den Haag and Rotterdam, so go check it out.