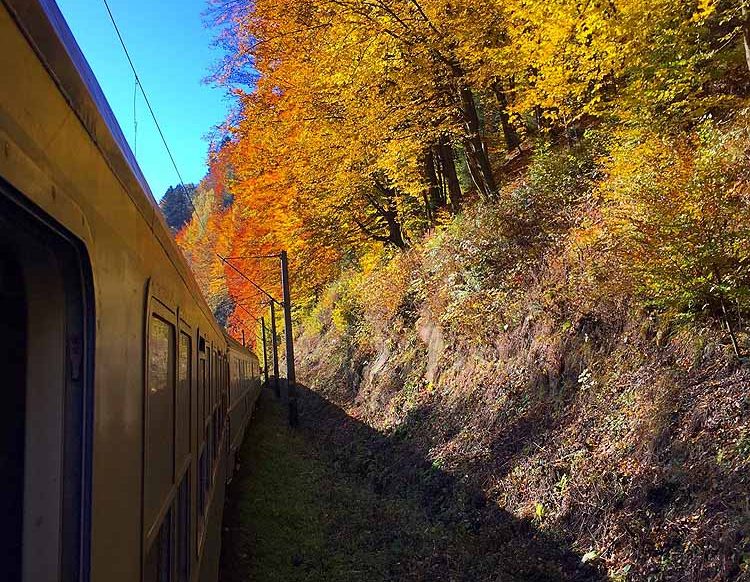 Budapest to Bucharest by Train

As you likely know if you read this blog you know my boys are train obsessed. As a result we try to use trains to travel around Europe when it’s possible. So, when my husband suggested we tag along on a work trip to Bucharest, Romania I suggested we fly into Budapest, Hungary the weekend before and take an overnight train between the two cities. Information about the train between Budapest and Bucharest is hard to come by, even online. Really, this will be the best and most current info you’ll find anywhere.

What we did know was that it would be a 16 hour train ride with no restaurant car. (This is the most important piece of information in this post!) You will need to be prepared with your own food and water for the next 16 hours plus any delays.

We ended up asking the concierge at the Ritz Carlton Budapest to book our tickets on the train before our arrival because it’s impossible to book the kind of tickets we needed online. As a result we arrived at the Budapest train station and were not sure about our cabin situation. When a dusty train pulled in to the dark station I nearly cried. The car numbers were written on the side with chalk. We were booked into a couchette with four beds. I initially panicked as the couchette is not as nice as the sleeper rooms available on the train. However, the couchette rooms are larger and keeping all five of us together on the train was perfect. If we had gone into a sleeper room, we would have needed two rooms with little chance of the rooms being neighboring. The couchette rooms don’t come with sheets. We should have asked the attendant for some as we found a room full of them, but we did not know any better. Each bed does have a duvet. We were also able to open the windows to keep the room cool. The sliding door to your cabin has an interior lock above the door. We seemed to be the only ones to lock our doors, but I wouldn’t have been able to sleep without a door lock. Our room had one outlet by one of the lower beds. Luggage and the ladder are stored above the door. There was actually plenty of room for our stuff here. The only issue is hoisting it all up there. The bathroom is what you would expect on a train (down the hall). We used bottled water to brush our teeth. And in fact, it’s not advisable to drink any tap water anywhere in Romania. There was also a shower, which only Jeff was daring enough to use. He said it trickled out like a drippy faucet – cold. I opted to just wait and shower when we arrived at the Marriott in Bucharest. As soon as we got on board we got everyone changed into their jammies. Our trusty Phil & Teds Crib fit perfectly between the beds leaving a bit of space for the ladder. I had the Doc-A-Tot Deluxe with us and had planed to have the Little Little use it in the bed with me, but instead our Middle Little used it to remind him where the edge of the bed was. He stayed in his bed all night without rolling out. When the train started out of the station we had everyone in their beds. This was a perfect chance to use the Moonlite Projector. The reel uses your iPhone to put the photos from books on the ceiling. While you read the story the app adds sound effects and music. Everyone was out so quickly we almost couldn’t believe it. Jeff and I hunkered down with our bendyman flashlights and a book. Each seat has a light but it made the cabin much too bright. The small flashlights were a better option for not disturbing anyone. There is no wifi on the train. Jeff eventually drifted off to sleep and I waited up for the border crossing. I walked the halls a little bit and enjoyed the quiet. Everyone else was either quietly sitting in their rooms or sleeping. Almost all the other doors had been left open. The train was nowhere near full. (Again…16 hours without a dining car!) Although Romania is in the EU it is outside of the Schengen area. Around 11:50pm we made our first stop and border guards got on the train. They walk down the carriages knocking loudly on each door. As soon as the door opens they reach up and flip on the overhead lights. The agents check and stamp your passports. Thirty minutes later (just long enough to fall asleep again) you repeat the process as you enter Romania. Incredibly the littles slept through this whole process. We had heard some rumors that Americans had some trouble at the crossing and had the Embassy phone numbers on hand. We however experienced nothing but professionalism. It is the middle of the night and these guys have to check the train, so they are not exactly warm and fuzzy, but they were professional, thorough and quick. With our border crossings complete the train headed off again down the rails. The kids slept the remainder of the night without a peep. When we woke up the next morning it was foggy. The Little Little was still asleep so we covered his bed and let the Big and Middle Littles enjoy our day-old grocery store breakfast while looking out the windows. The Romanian Mountains are stunning. Even through the fog we found shepherds out in fields with their sheep, huddled around fires. We passed plenty of small farms and rambled through villages. Once everyone was awake we folded the crib up and converted the lower areas into a play space. This turned out to be incredible family time. We did some workbooks and read as a family. At one point I even had a chance to catch up on my reading with the Little Little asleep on me. All the while beautiful Romania was buzzing past our windows (I meant plodding, as the train isn’t fast). The fall colors in mid October were amazing. Eventually the scenery got more urban and we knew we were approaching Bucharest. We got everyone dressed for the day, had a few more snacks (it was nearly 1pm) and got ready to depart the train. The boys loved our time on the train. It wasn’t as nice as our quick overnight trip in Finland, but it was certainly the most memorable overnight of the trip. Jeff and I think it is so important to try different things when we travel. I wouldn’t recommend this overnight train trip to anyone who needs luxury accommodations. If however you enjoy a bit of an adventure, this overnight train trip is a wonderful way to spend a day in transit.