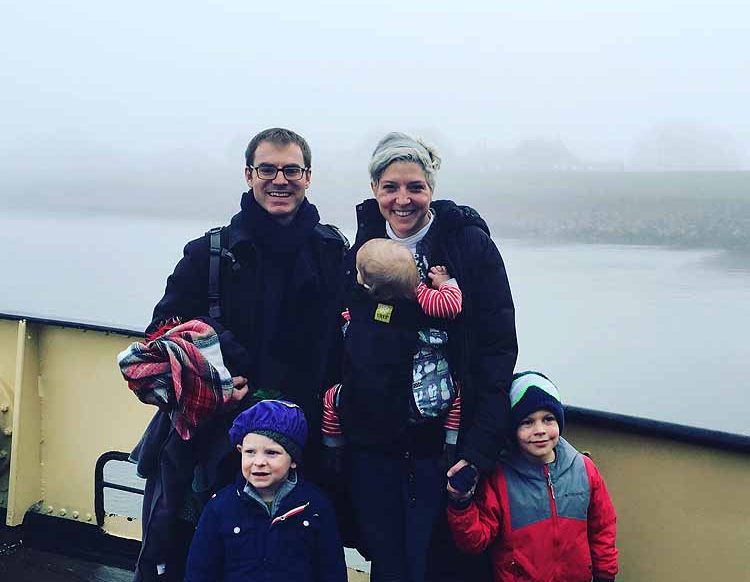 We were able to see so much of beautiful Europe this year!

In January we headed to Tallinn, Estonia, took the ferry to Helsinki, Finland and then up to Lapland by overnight train in what turned out to be the kids’ favorite trip of the year.

February gave us a quick weekend escape to Brussels.

In March, we got a bit of sun driving around Portugal. I went on a girl (plus baby boy) trip to Stockholm, Sweden. We also managed to squeeze in a bit of time in Prague, Czech Republic.

In April, we enjoyed the flowers in Holland and escaped the rain to sunny Mallorca, Spain.

In May, we rented an RV and drove around France, an adventure we will never forget. We also squeezed in city breaks to Texel, Vienna and Bratislava.

In June, Jeff headed off to Japan for work and I found a new love for European Vakantie Parks.

July kicked off the start of summer term and we traveled around Switzerland by train and boat. Then we were hometown tourists with a weekend break in Amsterdam.

In August we joined the masses in Croatia, passed through Bosnia-Herzegovina and happily left the tourists behind in Slovenia.

In September we went to Riga, Latvia and were completely rained out of a trip to neighboring Sigulda.

October gave us a stunning fall in Budapest. We took our second overnight train of the year and woke up in Bucharest. I got away (with the little little) for a girls weekend in Germany that was just perfect.

In November we stayed close to home exploring Ghent and Eindhoven.

December found us in Maastricht and Valkenburg for the Christmas Markets. We had a city break in Barcelona. Then we hopped on a boat to finish out the year in France, Italy, Greece and Malta.

Of course we also enjoyed as much of the Netherlands as we possibly could. The more we travel the more we appreciate how special Delft really is. We tried to do even more in Delft this year and consequently went dancing with friends, saw an international comedy show and went to the Christmas Market all in Delft.

We hosted more visitors this year than the previous year, which kept our house and hearts full.

The boys learned countless new things about the world around them. They met other children almost everywhere they went and learned to say a few words in each new language.

Our Big Little completed sketches in his journal in Monet’s garden and composed his own cubist inspired drawings in Barcelona. He learned about the number googleplex and entered the world of Harry Potter books. He carries his own luggage, thanks to a scooter suitcase, lightening the load for mom and dad.

Our Middle Little soaked up every moment we were on a train this year – yelling “all aboard” countless times as the train doors shut. He started speaking Dutch and talking to other adults when we are traveling. He still loves cheese, ice cream and his dog “pup pup.”

Our Little Little went from a lump to a toddler. He took his first steps in Croatia. He started eating anything we would put in front of him – including sushi and udon noodles. His favorite food though is certainly the free mini bananas he gets when going to the market with dad. He is a charmer and has proven himself to be a perfect addition to this traveling team.

We hope to be able to continue to share our adventures with you, no matter where 2018 takes us.