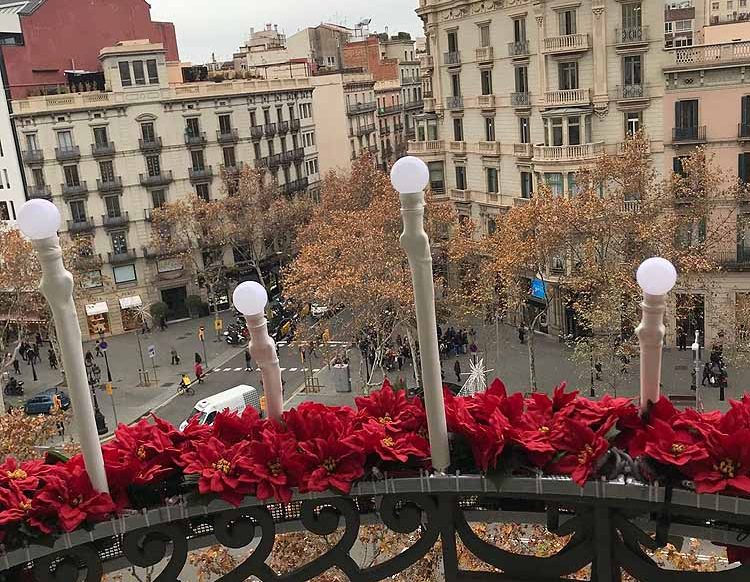 Where to Stay in Barcelona with Kids

Finding a place to stay with kids is typically the most stressful part of trip planning. We ended up trying out two hotels in Barcelona, one was moderately priced and the other was a luxury hotel. Here is the rundown on both! The Eric Vokel Apartment Hotel BCN is perfect for families. It has less amenities than a normal hotel but has everything a family would need. We paid €90/night for a two bedroom, two bathroom apartment with a kitchen and laundry and that also included breakfast. The front desk has particular open hours but they were happy to work with us on arrangements. The rooms were spacious which is such a bonus when traveling with kids. We had a living room area where the adults could hang out in the evening when the kids were in bed. Wifi was great here so it made getting a little work done on the road even easier. One bedroom had a queen bed with attached bathroom. The other bedroom had two single beds.

A breakfast box was included in our rate. Breakfast packages are delivered to the room at 9am. This was way too late for us so instead the staff left the packages inside our room at 6pm the night prior. Then we were able to make breakfast as soon as we woke up. My sister and parents planned to meet us in Barcelona, but due to a power outage at the Atlanta Airport  only Rebecca made it to Barcelona. They had booked through Virtuoso Travel Agents at the Majestic Hotel. My parents’ room was non-refundable, so we checked into both rooms and the Middle Little and I had a ‘spend the night party’ together. The Majestic Hotel is lovely, as would be expected for a luxury hotel. The bedroom had a king bed that was incredibly comfy. There was also a seating area that had a pull out couch. We also had a food and beverage credit with our room, so we ate dinner in the bar. The food was top notch. We ate breakfast at the hotel the next morning. The Middle Little was doted on at the hotel. He was given a coloring package every time we sat down and even a little bear to take with him.

There are loads of lodging options in Barcelona but we found Eric Vokel and Hotel Majestic both to be excellent options,

If your looking for things to do with the kids in Barcelona you can check our our itinerary, which was quite laid back. You can also head over to Learning Escapes Top 10 Things To Do In Barcelona With Kids.