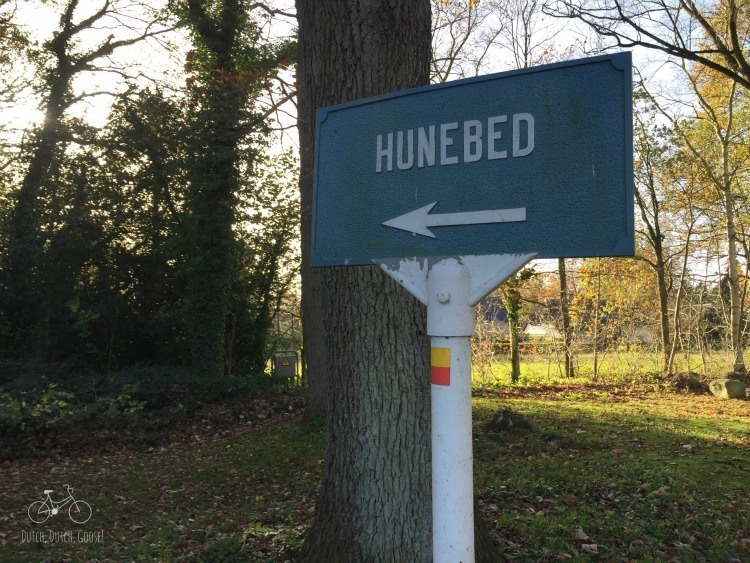 In search of Dolmen in the Netherlands.

Dolmen are monolithic tombs, typically made from large megaliths supporting a capstone that was covered with dirt to make a chamber. Over time the earth has worn away leaving just the rock formation. Here in the Netherlands they dot the northeastern landscape. We started our hunt at the Hunebedcentrum Museum. The museum is part of the museumkaart program and a great place for kids. There are tons of hands-on exhibits. There is a film inside that is subtitled in Dutch, we skipped it due to the kids’ lack of interest. We started instead with the outside “prehistoric park.” This outdoor part of the museum features both a Stone Age and Bronze Age farm that kids are welcome to play in . The kids’ favorite was the barefoot path, where they took off their shoes and walked on a variety of surfaces. (We skipped walking through the water as I did not have a towel to dry everyone’s feet off and it was a bit nippy!) The boulder garden, just across from the prehistoric park was another nice distraction from our Dolmen hunt. The kids ran through the paths inspecting all these boulders, brought to the Netherlands by the last ice age and collected by the people for this rock garden. Finally, back on the hunt for Dolmen we ventured behind the main museum building where the largest of the Netherlands Dolmens, D27 sits. We had the entire place to ourselves for a few minutes before a tour group rolled in. Every angle of the Dolmen looks different. Inside the central museum is a reconstruction so you can understand what the Dolmen looked like before the earth was washed away from their sides.

The temperature had fallen and a storm was moving in so we packed up into the car to continue our drive to the Star Fort. However, there is a marked path of 14 km that starts at D27 and takes you to the D21, D22 cluster and on to D23, D24 & D25. Tip: “D” stands for Drenthe, the provincein which all but one of the Dolmen reside.

We picked up a map at the visitor’s center ( €1 ) that shows all the locations of the known Dolmen in the Netherlands. Many of them sit next to roads and buildings, making them easily accessible. The visitor’s center also has several computers allowing you to see pictures of all the Dolmen. We spent a few minutes annotating our map for which ones looked like we wanted to see.

I’m sure future trips north will include more Dolmen hunts!

Searching for Dolomen was part of a road trip that included stops at Westerbork, Borger,  A Star Fort and Groningen.