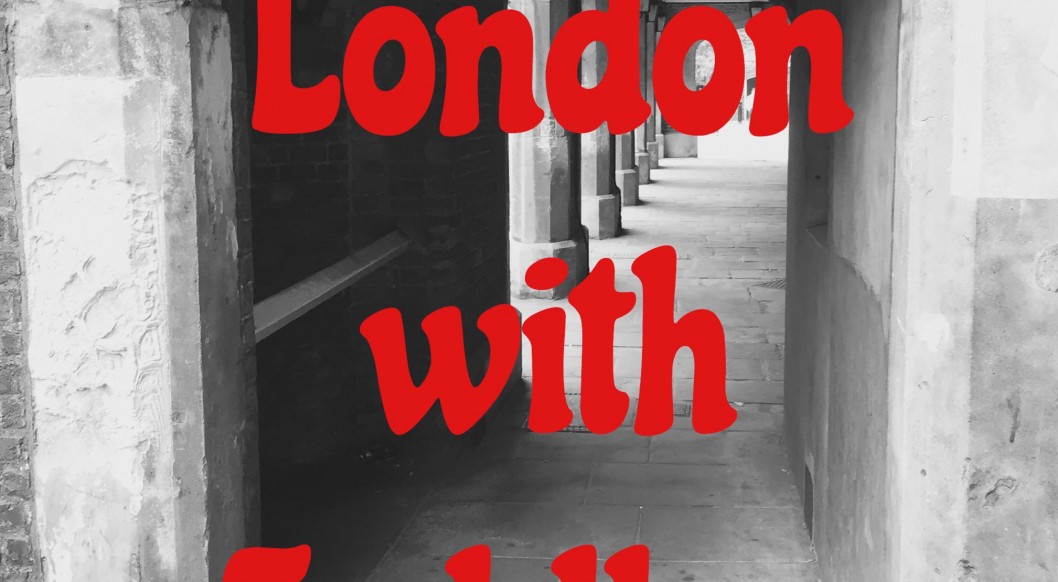 Our trip to London was a quick three-day visit nestled between the end of our Queen Mary 2 trip and setting off for mainland Europe on the Channel Tunnel. In  2013, just after H’s first birthday we spent 10 days in England which included a few days in London.  On that first trip with H we hit many of the highlights. We stayed at the London Elizabeth Hotel just off of Hyde Park in an amazing room with a rate that included dinner and breakfast. We took the Harry Potter Walking Tour with London Walks, enjoyed the London Zoo, took a waterbus down Camden Locks, played in the Princess Diana Memorial Playground, went to the National History Museum, rode the London Eye and went on a narrated river cruise. Our favorite memories from that visit were from finding playgrounds and running in the parks. With this in mind we planned our shorter visit to accommodate the kids and spend as much time outside as possible.

This time we stayed at the Royal Overseas League in London near Green Park and St. James Park. They are a reciprocal club with the Marines Memorial Association Hotel in San Francisco, of which we are members. A “letter of introduction” was sent before our stay from the Marines Memorial Association to the Royal Overseas League and we had no trouble with our check-in. Our rate included our breakfast. The hotel was one of the big wins of the trip. The location was outstanding. We were close to restaurants, tube stations and several parks. The room had a wonderful view of London. We could hear Big Ben chiming in the distance. We arrived by car from the Southampton port in the early afternoon. Hungry, we walked up to the corner and popped inside Patisserie Valerie for some lunch. It was quick and delicious. Our bellies full, we walked through Piccadilly Circus to the London Transport Museum. The kids were free and our adult tickets are good for a full year, so we plan to hang on to them if there is any chance we will be back. The kids loved all the trains and buses, plus the two play areas and train tables. We learned a bit about why London has so many train stations and how transportation in the city developed.

The original plan was to grab dinner in Covent Garden and meet up for another walking tour with London Walks. However, when we emerged from the museum we had two cranky kids, I felt a migraine coming on and it was raining. We ducked into Bill’s Restaurant, a trendy place catering to the theater crowd, but at 5pm it was full of young families. They had high chairs and a kids menu and that was good enough for us. We ended up having a delicious meal. Jeff had the prix fixe three-course meal, I had a delicious salad, hard to come by in London, and the boys split some bread and dip and picked from our plates. We walked the rest of the way home and all fell right to sleep.

The next morning the kids woke up ready to go. We grabbed some breakfast at the hotel and walked through St. James Park to see Big Ben. H was obsessed and had to see it up close – he knows Big Ben from the movie Peter Pan. At 8am we were the only tourists there and had it mostly to ourselves. The Sky Garden in London.

We had 10am tickets to the Sky Garden. Tickets are free but run out quickly. I booked them after reading an article about the building setting cars on fire. True story. The glass was focusing light on cars many blocks away. The sky garden turned out to be the trip highlight. The view is outstanding. There is a cafe up top so our stunning view was accompanied by coffee and pastries. (A millionaire bar for me, which is my favorite English treat!) We did not anticipate spending so much time here. I cannot say enough about how beautiful it was so I will just let the pictures speak for themselves. We headed off to Coram’s Field while my mom and sister went off for a day of sightseeing. We picked up a picnic lunch at a grocery store on our way and immediately ate in the field upon arriving. Then the kids were ready to play. Coram’s Field has several playgrounds including a zip line, a train bench and a water play area. There were several totally naked kids playing in the water area, meanwhile our kids were in pants and long sleeves. The kids were tired when we were done at Coram’s Field. We tucked them into the stroller and Ergo and pushed to the British Museum.  The kids alternated sleeping and being quietly awake as we explored the museum. The highlights included: some of The Parthenon, a Moai from Rapa Nui and Cleopatra’s Mummy! Regardless of your feelings on the British Museum housing these collections, they are amazing to view. The Parthenon in London

Up on Piccadilly we grabbed dinner at Henry’s Bar and Cafe. As we approached I was not sure the children would be welcome but once inside the staff had coloring sheets, crayons and a high chair. It was an after work crowd, but no one seemed to mind the children. I had these amazing muscles cooked in a cream and wine broth. They were amazing. Kew Gardens in the Rain.

Our last day in London we tubed up to Kew Gardens. The gardens sit on the property of Kew Palace, once occupied by King George and Charlotte. The palace is open to visit and free, though not technically part of Kew. The gardens are grand and the perfect place for children. The weather was rainy, but we seemed to be the only ones bothered. We did not get to explore everything but found plenty to keep us busy from twelve till three.

We caught a 3:30 river boat from Kew Gardens back to Westminster dock. The boat is easy enough to find. You exit the garden from the Elizabeth Gate and follow the tow path. Tickets can be purchased on site. The cruise from Kew to Westminster is not narrated. We bundled the boys up in all the coats we had as the wind had picked up and it was chilly on board.

The most interesting thing from the boat was seeing all the new housing developments going up along the river. It seems to be trendy to build three or more buildings with the same design in different sizes. My sister summed it up best saying “they all look like they are trying to be the Atlantis resort.” We also floated by numerous houseboats, large estates with docks and rowing clubs. It was a new view of London.

Westminster dock was a mess of tourists when we pulled in. We climbed the steps to the base of Big Ben, when my three year old announced he had to pee and it was an emergency. In Colorado he was known to just go on the nearest tree. We all rustled around looking for 50p so he could use the public toilets when my sister announced she also had to go. I found a Pound and off they headed to the toilets.

After the toilet emergency we were hungry for dinner having promised my sister an “authentic Pub” dinner experience. We walked a block or so toward St. James Park and into Westminster Arms. Upstairs, people piled into the street with their pint after work. Downstairs the cozy pub tables were tucked into benched nooks creating a quiet atmosphere. The menu was simple pub fair and our group tried just about one of everything. It was delicious, filling and very London. It was the perfect last meal to share before my sister boarded a morning flight out of Heathrow while the rest of us made our way to St. Pancras for a trip through the Channel Tunnel.

There is so much more to be done in London! I love leaving a city and feeling like there is even more to explore.

Want to see other ideas for London? Check out my “London Calling” Pinterest Board.  I also discovered this wonderful post about London public transportation with kids from the blog Thoroughly Modern Grandma. As always you can follow me on facebook or instagram to see what we are up to this week.