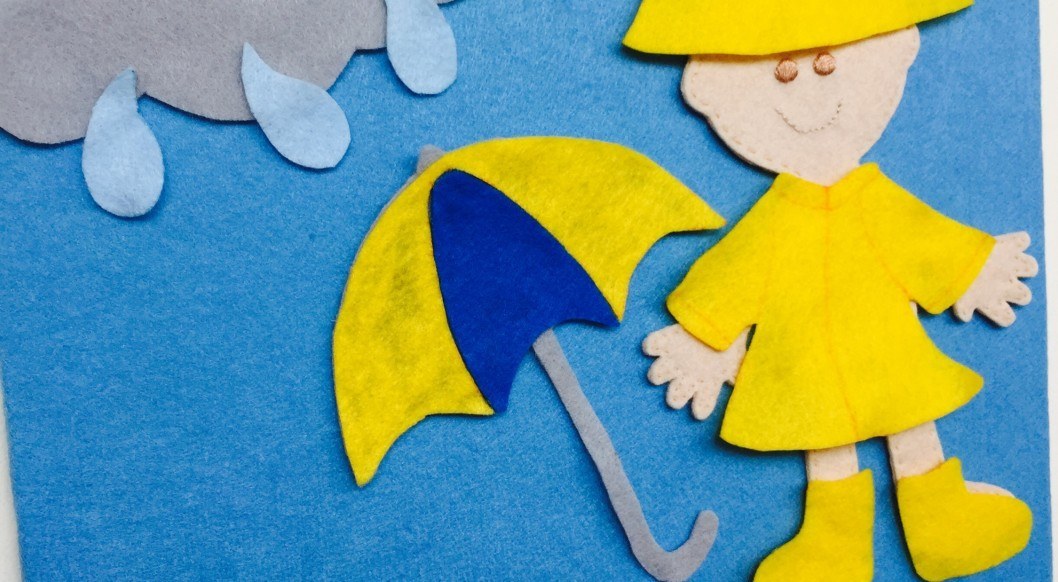 Today, I marked a “Netherlands Experience” off my list: Biking with the kids in the pouring rain.

We started the morning by taking H, as a family, to get a much needed haircut. Lindy, the lady cutting his hair was incredibly Dutch. She continued to tell us what a terrible haircut he had gotten in the States. Which is absolutely true! The conversation went something like this:

Jeff: “We want to leave his bangs long.”

Lindy: “I’m not cutting them because they are way too short.”

Jeff: “He hasn’t had a haircut since June.”

Lindy: “His bangs must have been much too short.  The hair on the top was too long and I’m not sure what they were doing in the back.” H getting his hair cut with Lindy on a particularly rainy day in Delft.

Lindy gave H a great haircut and everyone left pleased. We took H and O to get a pastry before sending dad off to work and us on the one mile ride back home. Just before we left, Jeff insisted that I put the boys into their rain jackets, despite having everyone already buckled into their seats.

Minutes after saying goodbye it started to rain – the light spitting rain I’ve become accustomed to in the last few weeks here. I counted my lucky stars as we reached the canal bridge to find it was closing as the gates were raising. We would not have to sit in the rain waiting on a boat to pass through.

Then as if I had spent the last of my karma on the canal bridge the sky opened. My jeans started to soak through and my vision blurred as I peddled into the woods. I thought the trees would provide some shelter, but they did not stand a chance against the downpour. When we reached a conveniently placed picnic pavilion I was thinking we would take refuge under.  Unfortunately, I had reached the point of wet where you just say “forget it” and continue to pedal home.

Pulling into the driveway soaked I promised the kids a hot beverage and cozy PJ’s when the feeling of dread hit me. Jeff has the garage door opener. I opened my lined Vera Bradley purse, which amazingly, despite being soaked on the outside had kept everything on the inside completely dry. I dug for my keys.  I sighed with relief. . .placed the keys in the door, turned the knob. Thunk. The dead bolt! Well at least I know it works.

Panicking, I called Jeff.  “We have a big problem” I said. We brainstormed. I had no gate key. Could I climb the gate? If I climbed the gate had we left a door unlocked to come through?

Then karma intervened. Our neighbors, who have a set of spare keys to our house, pulled in to pick something up. Leaving the kids in the bike, soaked, but under our awning, I raced over to try to explain the problem. The neighbor grabbed a full set of keys and unlocked our gate. She returned quickly though instructing me that there was no key for the sliding glass door. Then I remembered the garage opens on the back side of the house. I could use the house key and get in through there.

Minuets later the kids were warm and dry inside the house. I added a gate key to my key ring and breathed a sigh of relief. I looked outside the window and there in the rain were two ponies being walked down the road, as often happens in our neighborhood. I sent a picture to a friend back in The States.

“Are those ponies” she texted back.

Yep. I guess it is just another day here in Holland. Just another day in Holland.