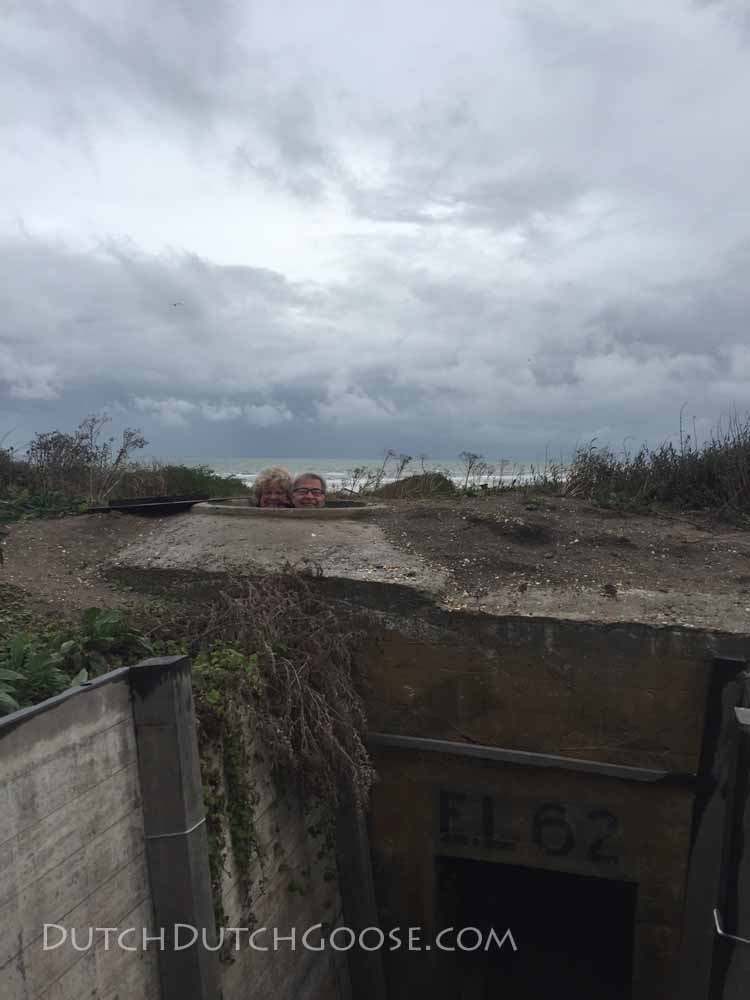 Hitler’s Atlantic Wall is said to be the world’s largest construction project. When built in the early 1940s, the wall stretched from the Northern tip of Norway down through France. It was a tense time for the Nazi empire, fighting the Soviets and Allies on two separate fronts. The wall’s aim was to protect the regime from attack – it consists of thousands of bunkers along the coast. There are anti-aircraft artillery bunkers, hospital bunkers, radar site bunkers, communication bunkers and so many more. Each summer, the Netherlands opens its bunkers to the public for Bunker Day. This tangible reminder of the atrocities of World War II shows just how close to home the war was for The Hague and surrounding cities. There are literally Nazi bunkers in public parks in The Hague, a city known for peace. These bunkers are only open one day per year. If you are not in The Hague for Bunker Day, you can still visit two bunkers that are open more frequently (though only on Sundays). The Foundation Atlantic Wall Scheveningen has two properties you can visit. The website can be confusing because the foundation’s two locations are separated by several miles. You can visit “Wn. 318, Scheveningen” or “Wn. 67 HL, Kijkduin.” I will discuss both in this article, so that the differences and locations are very clear to you. Wn. 318 Scheveningen: is a command bunker between The Hague and the seaside town of Scheveningen. This bunker has been refurbished and includes display cases with multi-lingual descriptions. This bunker is the centerpiece of the foundation and the more visited of the two bunkers on offer. It is open most Sundays except in winter. It has a 3 Euro entry fee (1 Euro for children under 12).

Wn. 67 HL Kijkduin: is a complex and tunnel bunker, just west of The Hague. The inside of this bunker has not been refurbished, so it’s dark and stark. The guided tours are exceptional. The 3 Euro entry fee (1 Euro for children under 12) includes a small flashlight for you to use during the one-hour tour. You get to see several sleeping rooms, emergency escape shafts, a water storage room and a lookout bunker. There is also a trench you can stand inside. Without a tour guide, this location would just feel like a brick tunnel with small rooms, but with a guide, this location turned into a real story.

The foundation’s two open locations are about a 15-minute drive from each other but I would visit them on separate days. Given the choice, I find the Kijkduin location more interesting.

The Scheveningen location is easily reached by public transport (tram) while the Kijkduin location is harder to reach (bus). Car parking near the Scheveningen location is easy and parking in Kijkduin should be easy too. There is a large, free carpark but as of writing in late 2016, the entire city has been swamped on weekends with Pokemon Go players. There is a Pokemon Go gym next to the bunker so there are a lot of people walking around with their heads down.

The Scheveningen location is a long walk or short car-ride from Madurodam. There are also a few food options nearby.

The Kijkduin location makes a great family outing. The tour is interesting for children and the guides do not go into details about the war. Kijkduin has a great beach (100 meters from the bunker), interesting dunes and lots of infrastructure (toilets, beach clubs, snack stands, kiddie-rides).

The WWII bunkers opened by the Foundation Atlantic Wall Scheveningen are a great way for adults to learn about the history of the war while giving children the chance to explore a neat space.