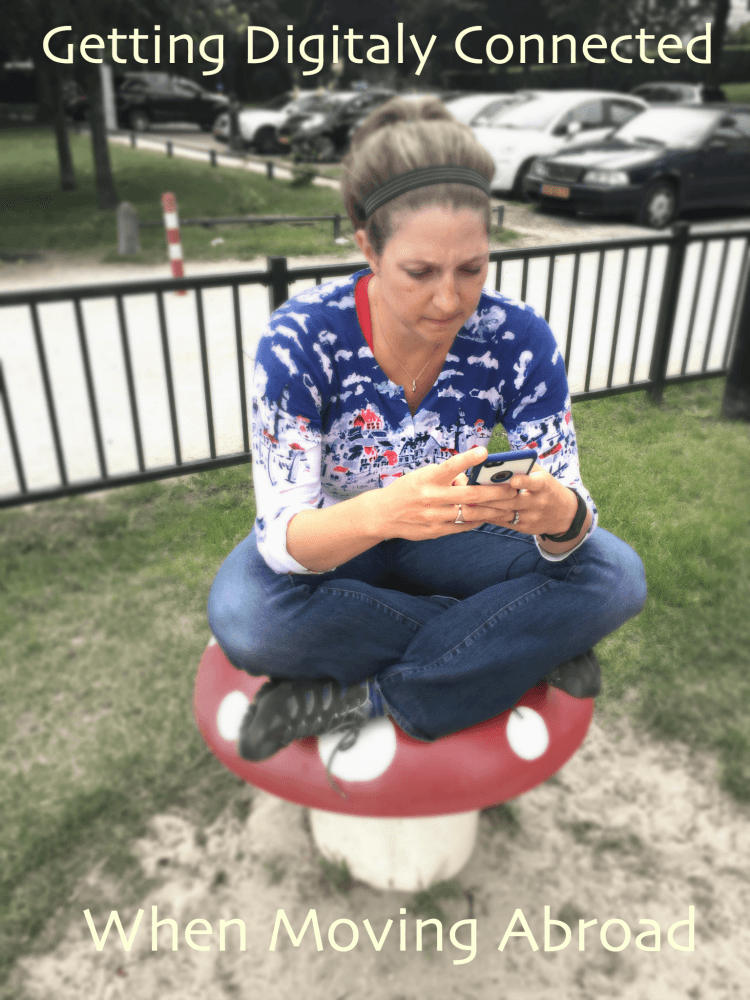 The week on the QMII was a good digital break for the whole family. When the QMII pulled into port I was ready to get myself back up and connected. Unfortunately, that did not happen. On the hotel wifi I downloaded some mail, let friends and family know we had arrived, and updated the blog. Jeff and I; however, love to be connected while we are traveling.  We have come to rely on our favorite travel apps for finding good food, recording where we have been and finding our way. Instead, we went ‘old school’ in London, using a paper map and plans to meet up at set times and places. How 2003. How silly.

Arriving in Delft, the first order of business was to get digitally connected. In the process we crossed a few other things off our list!

Here is how we addressed all the digital issues.

– Google Two Step Verification. I like 2-step verification and the extra security it provides. (Anytime I want to log into Google from a new device I receive a text message with a code used to authenticate the log in.) I arrived in London, attempted to sign into Google and realized I could no longer get a verification text since I had canceled my Verizon cell phone service.  Luckily, there is an app for that!  I switched from text verification to App verification. The App even provides a code when wifi is not available.

– EXPRESS VPN: The night before I left the U.S. I signed up for an Express VPN account. The Virtual Private Network (VPN) allows us to get a U.S. IP address. I installed the ExpressVPN software on all our computers and digital devices before we left the U.S. Getting a VPN is particularly important if you want to use any digital streaming services while you are abroad. Once I got wifi in London I was able to sign into my Amazon and other U.S. accounts as if I was still in the U.S.  Perfect for sending some thank you gifts stateside. Jeff is partial to using the VPN to stream his Pandora stations, otherwise Pandora won’t work abroad.

(Sign up for Express VPN using my link and get a free 30 days! They also have a 30-day money back guarantee.)

– Mobile Phone: Jeff and I arrived overseas with unlocked iPhone 6’s. We were able to use our iPhones without cell service on the public and hotel wifi without any issue. Once in Delft, we popped into a Vodafone and picked up a one time, 30-day Trial Pack for about 10 Euro.  The trial pack provided minutes and 1 GB of data for 30 days, usable only in the Netherlands. The hold up in setting up a full data plan with either Vodafone or KPN was that you need a Dutch bank account. A bank account is not required for the trial pack, so it is a great way to get up and running. (The trial pack is also perfect for a visitor.) Ultimately, KPN became our provider for both our cell phone and home Internet needs.

– Banking: The credit card is not king like it is in the U.S. In order to do almost anything you need a local bank account. It is impossible to get  a bank account before you arrive, a personal appearance is required. Jeff and I went to ABN-AMRO, the first bank we came across, and inquired about setting up an account. ABN scheduled an appointment for the next week and instructed us to bring all sorts of paperwork to the meeting. While trying to set up phones, the customer service people at KPN suggested we head over to ING and inquire about an account. ING was amazing.  Our account was set up  in under an hour. They provided us with water, bathrooms for the kids, and great customer service. ING issued one temporary card on the spot. The temporary card was used until the actual card was mailed to our home address.

We requested a second card that was mailed to us. In order to get the second card set up we had to go back to ING to obtain the pin and activate the cards. While the cards arrived quickly by mail, it took almost two weeks for us to return to the ING to activate the second card. The lines at the bank move slowly, as people only come in for complex issues.

Although we stopped by a few times, we were thwarted each time. The first time the kids just could not wait in the line that long. (Know your limits!) The second time I did not have my passport with me, although I did have my Dutch drivers card, and was sent home. On the third visit I received my pin code and we were able to activate my account. However, I failed to bring one of the FIVE letters that were mailed to me so I was unable to receive my internet pin code. Yep. They cannot give you the pin code to the internet without your letter. So… the bank saga continues.

– Internet: We spoke with both Vodafone and KPN about Internet service while we were setting up our mobile phones. We ultimately ended up signing up with KPN. Once we had our ING bank account, KPN scheduled our Internet service.  KPN was able to offer some incentives to being both our home Internet and mobile provider. Make sure you ask! What really sold Jeff and I on using KPN for our service though were the wireless hotspots available throughout Europe. When you have service through KPN these hotspots are available as part of your service.

Prepare to be patient! Even though we signed up for Internet service on our first full day in town, it took two weeks for service to be turned on. Everything we needed was mailed to our address. My amazing engineering husband hooked up the router so we had Internet the moment KPN flicked the magical switch. Should you have any problems you can set up a service visit, but not until you have tried the installation yourself.

Our house is one big concrete block so the router, which gets hooked up in a closet here, is not strong enough to broadcast through the house. We ordered a repeater on BOL and it was here the next day providing internet on all three floors.

– TV:  We decided early on that we would not get cable in the Netherlands but instead rely on the Roku. The VPN lets us connect like we are back in the U.S. which means we are using Netflix, Amazon Prime and Hulu with U.S. content when we want to watch something.

Bringing our TV from the U.S. caused some connectivity issues. A transformer was required to run the TV. European signals and DVD’s are also formatted different so do not count on any of those working – although depending on the age of your TV, it may work. We accounted for this and decided to just bring it over with us and go from there.

–The Roku: Putting the Roku on the VPN caused the most headache. Jeff, with much trouble, was able to rig up a computer to broadcast the VPN for the Roku to read. This worked but meant that one of the laptops needed to be plugged into the router in the hall closet and remain on while we watched anything. This was not practical.

Instead we ordered a VPN router. Once the router arrived it was a pretty easy setup. I cannot really give you details because I let Jeff take care of it. He sat down to work on it and the next morning we had a VPN wifi option in our house. Now instead of having to sign on to VPN, we can just connect to the VPN wireless.

Additionally you must be on the VPN when you go online to to set up the Roku, otherwise it will know you are not in the United States. There are a ton of blogs out there on how to do all the set up with the Roku and the VPN. I would advise reading them before you arrive in country. Hind sight being 20/20 and all!

If your getting things set up abroad I wish you luck. Please share any tips and tricks you may have. It is a bit of a mess, but once you are all set up it truly makes life feel a bit more normal! 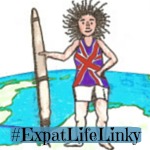