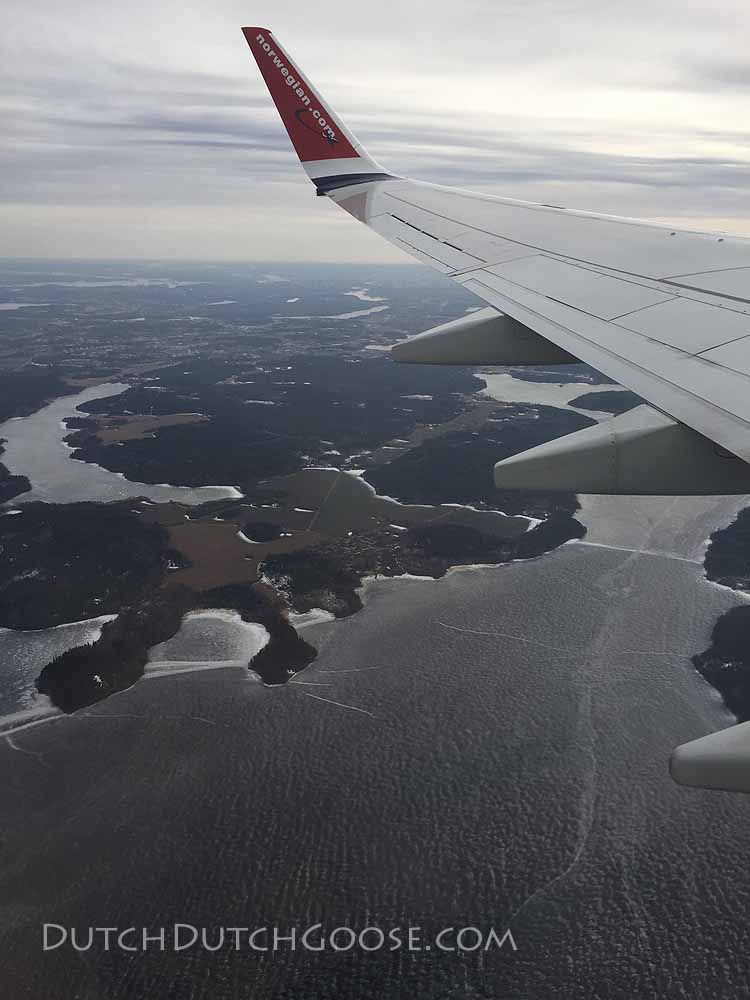 Our readers ask some questions more than others. One question is about budget airlines in Europe. With so many small carriers in Europe, it is hard to know which airline to fly, especially for those less familiar with the hubs and national carriers. On a ranking of airline recognition, you might rank a sample set of airlines like this: Delta, KLM, Qatar Airways, RyanAir. But would you recognize FlyBe, EasyJet, Air Baltic, Norwegian Transavia or TAP Portugal? There are literally dozens of small airlines operating on the European continent which can offer more than a traditional carrier and add to your cultural experience at the same time. Most people are less comfortable with smaller airlines. Some people are concerned about safety records and others are concerned with availability of amenities. Others fear being surcharged for every service. Periodically, you might see a news article about an airline thinking about charging passengers to use the toilet – or about an airline contemplating ‘standing-only’ seats. Rest assured that government regulations for the aviation industry are solid. They are continually being updated and aviation is safe, regardless of the airline. Furthermore, we have never encountered what we have felt to be an unfair business practice from an airline – we have never been charged to use the toilet.

Choosing an airline can be daunting, so let us keep it as simple as possible: choosing an airline should be a purely economic decision. For you, it might be about flying with an airline that makes you ‘feel good’ about flying. But for us, we fly so often and to such a variety of destinations that airline loyalty or consortium loyalty (SkyTeam, OneWorld, Star Alliance, etc) does not make sense. Sure, checking a bag for free because you are a Delta SkyMiles Medallion member is a nice perk, but that will not help you on a Venice-Naples flight. Plus, if you consciously spend an extra 150 Euros to fly a SkyTeam airline on a route, that does not outweigh the benefits of a free checked bag and a few hundred SkyMiles.

We fly the cheapest option almost as a rule. If we know we will have a checked bag, we may look at a more costly airline if the value of that airline’s amenities tip the equation in its favor. Think about the cost of your time too. Spending a day or two to book a flight to save 12 Euros is not worth your time. With the abundance of carriers flying the routes in Europe, competition is omnipresent and that ensures reasonable fares. We use Google Flights to very quickly narrow down the equation. Do a quick search and find the cheapest two airlines, then compare those airlines based on amenities and convenience. For us, it is worth paying more to fly during daytime hours. We have had bad experiences choosing the 6 A.M. flight and the 10 P.M. flight.

Here is a list of topics to consider when choosing a European carrier:

Budget carriers especially will opt to fly into alternate airports. Outlying city airports offer cheaper landing fees to an airline and a city might even partially subsidize an airline’s expenses to use that airport. Outlying airports can ensnare you pretty fast. A 9 Euro fare from “London” to “The Netherlands” may seem like a great deal but if you look at the airport pairing you will see that you end up in Eindhoven, The Netherlands. That is a great deal if you want to be in Eindhoven, but not a great deal if you then spend two hours and 20 Euros to take a train to Amsterdam. Many cities have outlying airports so the quickest way to ensure you are going where you want, look at the airport on a map. A good tip is that if you have never heard of an airport by name, then you should look it up.

European airlines (budgets included) are all over the map when it comes to meal service. Some offer free snacks and some offer free meals. Most offer free drinks (wine/beer included). This can come in handy if you have hungry kids. We have found that even if an airline charges for its snacks, the cost is reasonable. The quickest way to figure out what you will have on your flight is to ask the gate agents or flight crew. We have found that airline websites never have the correct meal information nor do boarding passes. Flying anywhere within Europe is short. No kidding. It is quite hard to find a flight longer than three or four hours unless you are headed from Portugal to Estonia. We flew from Amsterdam to Morocco in 3:30 and that has been our longest flight so far. The compact nature of Europe means you can pretty much take your kids on most flights and be just fine. You can also make due with a sack of peanut butter sandwiches and a bottle of water.

What we have learned flying in Europe

1. You usually get more than what you paid for. European carriers are in stiff competition, so expect more than you would get from a U.S. carrier.

2. We have never flown an airline that we felt was dangerous. We have flown some really small carriers to some bizarre places, but the crew and equipment have always felt adequate. (Jeff works in aeronautical engineering so he knows a lot more about aircraft then your average flyer.)

3. Most airlines have children’s kits. Just ask the flight crew. Most kits include a coloring book and colored pencils. We’ve also hit the jackpot with a baby rattle and a stuffed airplane. 4. Most European airlines will let you board first if you are a family. Just ask the gate agents – do not be shy. 5. Most European airports have playgrounds for kids. Sadly, nearly every airport website fails to give good details, location or pictures of the playgrounds so this research can take some time. If all of this has your head spinning, here is some perspective to keep in mind. For the cost of your ticket, an airline will fly you from point A to point B at an almost magical speed with so many modern conveniences. Any troubles you have (delays, lost luggage, etc) are inconvenient but it is still a miracle to fly from Amsterdam to Lisbon in two hours and thirty-five minutes. If you find a playground in the airport and have a free glass of wine aboard the aircraft, those are bonuses for sure.