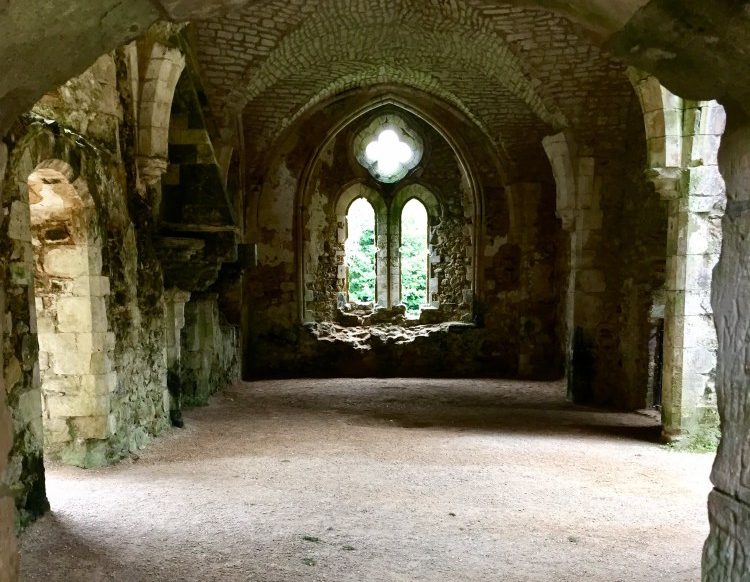 Prior to crossing the Atlantic on the Queen Mary 2 we spent a few days exploring Southampton, U.K. Upon our arrival on the same ship three years earlier, we bypassed the city, heading directly to London. This time we took the opportunity to enjoy a few lazy days in Southampton.

The main purpose of staying over in Southampton was to visit Peppa Pig World, which is part of Paultons Park. The kids love Peppa and we couldn’t pass up the chance to visit. (The park has a separate post.)

One of the highlights of Southampton are the mostly intact medieval walls. We certainly did not walk all 3.9km of the wall, but stuck instead to the areas well within the city. There are even a few towers that you can climb. Portions of the wall were under restoration during our visit.

Our AirB&B was just down the road from Hollyrood Church. It was one of the five original churches that served the the old medieval city. Hollyrood was destroyed in the WWII Blitz and stands as a memorial to the sailors of the Merchant Navy.

It’s hard to walk anywhere in Southampton without stumbling upon something interesting.

As a Jane Austen fan I had to find the placard on the Dolphin Hotel telling about Jane’s time in Southampton.

We spent a lot of time at Houndwell park. This terrific playground was also on several of the bus routes making it very convenient.

The boys couldn’t resist playing on the pirate ship, complete with serpent.

My favorite feature though was that the sand had several fossils hidden in it for the kids to uncover. Once they found one, they scoured the sandbox looking for more.

This playground really did offer something for everyone. The kids shrieked for joy when they saw us heading towards it.

We also ventured out to Netley Abbey. We took the bus to near the abbey and made a bit of a walk out of it by venturing down to the shore before catching a different bus from a different stop.

Visiting ruined abbeys is one of my all-time favorite things to do in the U.K. I don’t think I will ever tire of the beauty of partial stone walls against the green English countryside.

I highly recommend visiting Netley Abbey during your time in Southampton. The boys are always great during abbey visits because it feels so much like you’re on an exploration. There are so many things to peek around and doorways to walk through. As ruins there is also plenty of space to run, which is always good for little ones.

When we reached the pebbly beach, with tons of muck separating us from the water (low tide), we were able to see the Queen Mary 2 in port. We would board the following day.

Across the channel she doesn’t look very big, but once you get up close you realize what a massive ship she really is. This beach actually has a small playground on the shore as well. It had a metal climbing structure and some swings.

While exploring the beach H found a ton of these little crabs. We had to snap a picture of one before we left.

Southampton is certainly worth a day or two. There is even more to do if you have more time to venture out farther from the city. I was thrilled that we had a chance to see a few more things in the U.K before bidding all of Europe farewell for now.