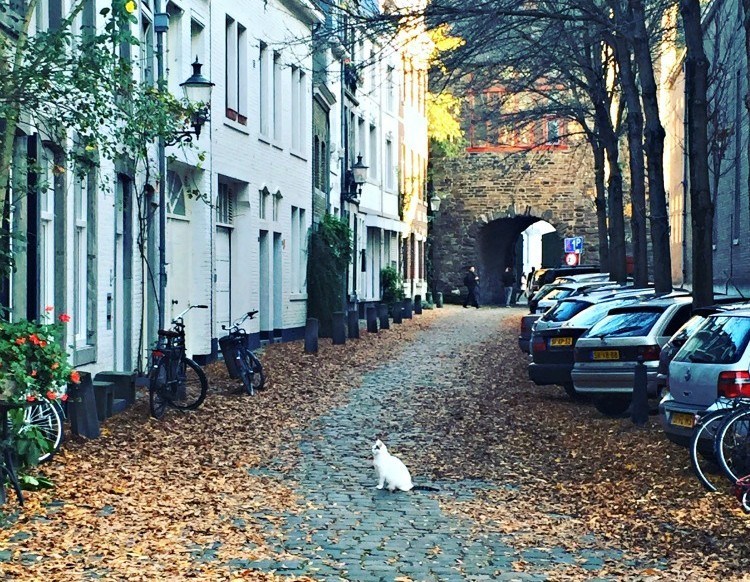 Halloween in the Netherlands

We were pleasantly surprised to discover our neighborhood would be hosting an “American Style Halloween.” The Dutch, always ones to adopt the best of other cultures, have adopted Halloween and are starting to celebrate more and more.

In Delft we live in one of the only neighborhoods that held a full-scale trick-or-treat on Halloween. The neighbors tell us they have been doing it for about 6 years and each year it is getting larger. The neighborhood distributes fliers to hang on your door making it easy to know which houses to visit. There were a few distinct differences to Dutch Halloween. Handmade or unwrapped treats, virtually unheard of these days in the States, were handed out at most homes.

We saw carved butternut squashes in place of pumpkins. Although pumpkins are available in the fall the large carving pumpkins are not easily procured. The Dutch have completely embraced the scary part of Halloween. The woods behind our house were transformed into a nightmarish haunted area. We could hear the screams from the haunted woods throughout the evening. People answering the door were all in scary costumes daring the children (even our little ones) to reach into their bowls for a treat! Witches, goblins and zombies were the costumes of choice roaming the streets. Our little expat kids were the exception. Captain Hook, a princess, Christoper Robin and Eeyore bravely went up to each door to ask for candy. They even ventured through some of the scary gardens to get treats. When our kids finally passed out, the neighbors texted us to see if we would be joining the adults on the street. We grabbed our baby monitor and headed out to the heated tent and bonfire in the common area to enjoy some wine with the adults. The older children roamed around the neighborhood, still in costume, coming to and from the haunted woods.

Sunday, we had an expat Halloween party. The beauty of doing things with Delft MaMa, an expat group for families, is that events are in English and remind me of home. Sunday’s Halloween party had bobbing-for-apples, a costume contest and a pumpkin hunt. The kids all completed a puffy ghost Halloween craft as well. Instead of the scary Halloween we were treated to on Saturday night, Sunday’s party was full of cute characters. Adults and kids dressed up in a range that mostly pivoted around Disney’s cast of characters. The adult costume winner was the Swedish Chef, who arrived as part of his family of Muppets (mom was Kermit and the son was Elmo.) Little Miss Captain Hook took the prize for best child’s costume.

In the U.S. the end of Halloween would signal the arrival of Thanksgiving. Here we are preparing for St. Martins (Nov 11) where the children march around with lanterns and then the arrival of Sinterklaas in Delft on November 21st! We are now in uncharted Dutch territory.