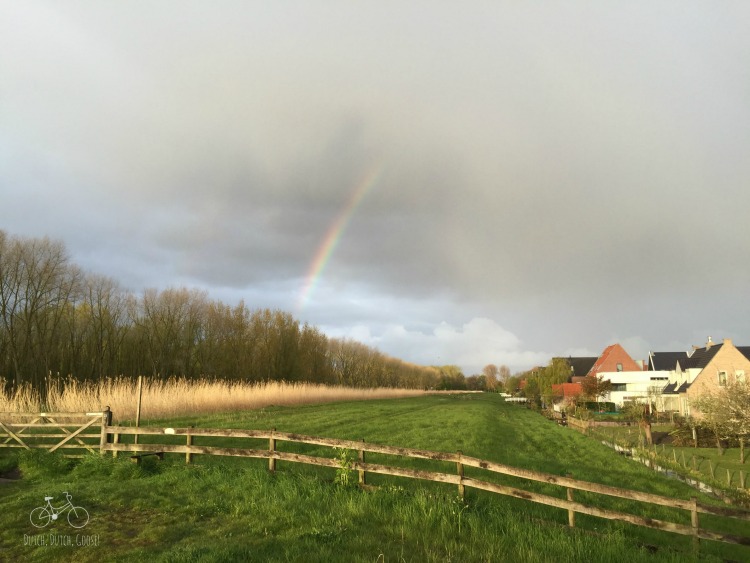 On April 27th, the Netherlands celebrates Kings Day wishing King Willem-Alexander a happy birthday. The holiday has a reputation for being one big crazy party, but my experience here in Delft was quite different. The reputation may hold true in Amsterdam, and perhaps even in the evenings in a student dominated town like Delft. The Friday before Kings Day all the schools celebrated. H was overjoyed coming home to tell us all about the King’s birthday. Each child received a gift of an orange Frisbee, which despite the rain littered the streets after school on Friday.

This year (2016) Kings Day was dominated by a cold rain. Luckily, the rain did not stop the fun but it did certainly put a damper on it.

I had plans to meet the other ladies for some kid-free shopping at 7:30! The streets of Delft are lined with stalls and blankets for this city-wide street fair. In addition to our normal “antique” dealers, famlies set up blankets to sell second-hand items. Historically, this practice originated because taxes were not charged for sales on this one day. Nowadays, stores still charge VAT but sales by citizens on the streets are not taxed. As I left my house at 7:10 to bike into town I was greeted by a rainbow over my path, and seemingly ending in town promising good finds. It did not promise good weather though and a few moments before I was scheduled to meet the ladies I was hiding under an awning across from the old church to avoid some hail. As a result of the weather our group was small. Just three of the ladies braved the weather and cold early in the day. We may have been cold but we found some amazing deals. (A €2 children’s bike for my friend!) I found quite a few items for the kids and spent roughly €10. We popped into a local coffee shop (Kek Delft) when the rain really picked up.

The crowds picked up as the sun came out. A marching band headed down the streets of Delft. (Watch it here.) Kek and other stores rolled out their carts to sell coffee and muffins on the street and more vendors appeared. We made a last minute find of an adorable doll house just before noon, when we parted ways to find our kids and husbands.

Jeff took the boys, dressed head to toe in orange, to our local indoor playground for the morning. Amazingly the place was almost empty! Later, Jeff took H into town to see the festivities and meet up with some of his friends while I returned home for nap time with little O. They came back with a few little finds, but nothing quite like the early morning deals we scored.

It will be nice to venture out for Kings Day next year. Maybe better weather will make the day even more festive!