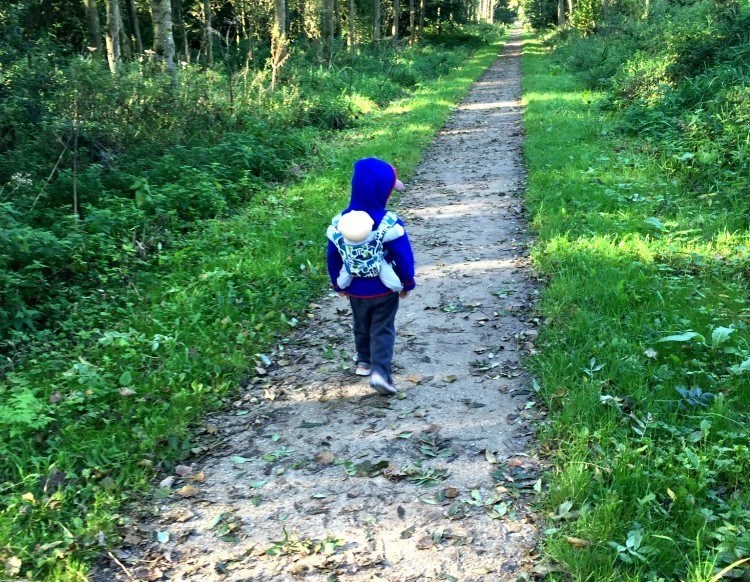 We love to travel but as September rolls around my calendar fills with fun right here in the Netherlands. Everyone seems to be in the mood to celebrate the arrival of fall. Here is my run down of September 2016’s weekends of fall fun. Biesland Dagen: This fun fall festival showcases everything the Delft farmland has to offer. Although most programming is offered in Dutch, we had no trouble enjoying the fun and learning a lot about life outdoors here last year. The festival is spread out across several locations and has activities for everyone. There are crafts for kids, tours of the Hoeve Biesland farm, a herding demonstration, petting zoos and much more. Interested in canal pole vaulting? There is a demonstration at the half mill, where you will also find raptors, ferrets and be able to taste cooked goose. There is also a regional food market where you can pick up your groceries for the week from local providers. You can see a full list of all the activities offered here.

It is best to arrive by bike or bus as the roads around the festival are closed to traffic. I blogged about this event last year, which you can read  here.

We did not go last year but it is on the agenda for this year. Tickets are required for some activities, but wandering up and down the port to view the ships is absolutely free. European Heritage Days in the Netherlands: Each year more then 4,000 historical buildings and sites around the Netherlands open their doors to the public free of charge. Quite of few of these are not open daily, so it’s a great chance to get to see something you otherwise might not. In addition to their typical attractions many organize additional activities or music to take place during this weekend.

It is a great opportunity to see a new city in the Netherlands, just pick one from the webpage and hop on the train, or stay in Delft and try something you haven’t before. In my opinion this is a great time to take the kids with you since it’s free.

Last year we checked out Utrecht and Delft on this fee free weekend. Apple Picking at Olmhorst: This self-pick apple and pear farm in Lisserbroek is open from the 17th of September through the end of October, or until supplies run out. The best thing about this farm though is that there is more to do than just pick fruit. The farm has a large store, playground, music and activities for kids. You can bring a picnic or pick up some food there, but you will want to bring some picnic blankets as table space is at a premium. Olmhorst is easily reached by car, but also by public transportation. (Route details here.)

You can read more about our experience at this event in 2015 here.

Prince Day/Budget Day: Although the actual holiday,  celebrating the opening of Dutch Parliament, is on Tuesday the 20th, the Hague is full of family fun all weekend long. There are special tours, markets and displays all weekend long. I’ve heard that one of the best things to check out is the practice ride of the Calvary on the beach. Maeslantkering Closing: The large storm surge barrier gates close once a year for testing, typically in September.  You can go watch the gates prepare for and close, something that would otherwise only happen in the event of a large storm surge. This event actually closes off traffic to Rotterdam Harbor. The gates are quite slow closing, but the visitor center has plenty of other exhibits to offer while you’re watching them close.

Although we haven’t seen the gates close, we did spend some time at the visitor center last fall, which you can read about here. Scheveningen Kite Festival: Head down to the beach to enjoy kite flying at its best.  Kites fill the sky at the beach and you’re encouraged to bring your own and fly it. The festival hosts several workshops for children to make kites or learn to fly them. There is also a demonstration area where you can watch some of the world’s best kite flyers show off their skills. We enjoyed laying on the beach and watching the largest of the kites dance in the breeze. Best of all Scheveningen is easily reached by both car and public transportation.

You can read about our experience at the 2015 kite festival here. Our little ones go to sleep too early, but we hear the kite glow in the evening is spectacular.

Steam! at Utrecht Train Museum: If you haven’t checked out an event at the Utrecht Train Museum you are missing out. The museum itself is well done with plenty for kids to enjoy. That threshold rises when they put on an event. On Steam! weekend the museum is taken over by all things steam – trains, rollers, tractors and more. There are demonstrations and even a steam parade through Utrecht.

The Utrecht Train Museum is covered under the Museumkaart program even during events. It is easily reached by car and public transportation.

National Apple Picking Day:  Orchards typically not open to public throw open their doors for visitors to come pick their own apples. Many farms also hold tastings, tours and demonstrations which are typically appropriate for kids as well.  A list of participating companies (as well as a map) is available online.

I’m sure there is more going on as well, so whatever you do get out there and enjoy the best of what the Netherlands has to offer this fall.