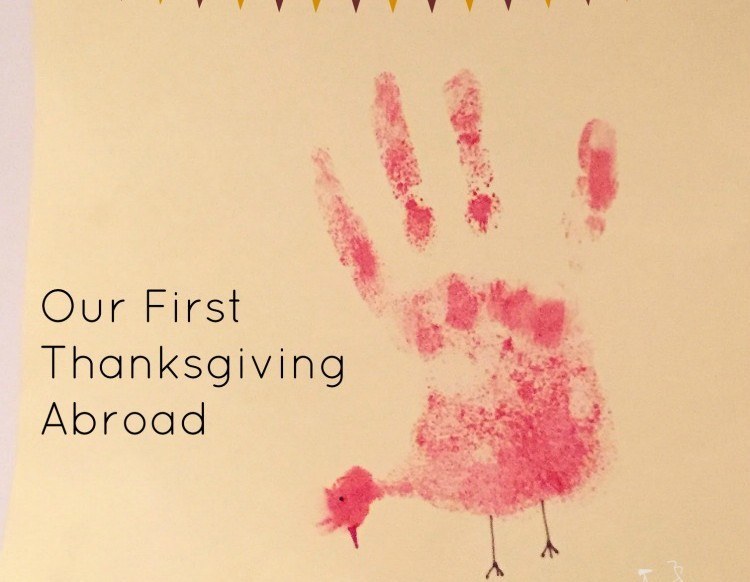 I’ve been dreading Thanksgiving since we moved

Holidays always seem to mark the passing of time for me. We celebrated our last Fourth of July in the states, got lost in the details of the move and before I knew it Halloween came and went. (Here is a refresher on how we celebrated.)

Thanksgiving has always been one of my favorite holidays. I spent my formative years, like most, celebrating with my family around our kitchen table with our friends who were like family in Atlanta. In college, I went home with my best friend to her house in Detroit each year and we made our own traditions of watching the parade in our PJ’s and eating pizza the first night we got to her home. Her family became my family. Once I was married and on the move again we adopted a “Friendsgiving” approach. Our table was always full of friends and sometimes family. Once we had kids we flew home to Jeff’s family but got overwhelmed with the holiday travel and kids. After that first year, we were adopted by native sons of our new home and invited over. So Thanksgiving has always been a time when we have been surrounded by our friends.

When we arrived in the Netherlands in late August I presumed that by late November I may not have found a group to celebrate Thanksgiving with. I knew getting a turkey would be challenging and making all that food for just our family did not make sense. I had mentally resigned myself that we would mark Thanksgiving’s passing only on the calendar.

I could not have been more wrong.

I know I haven’t written much about the group I fell into here but they are amazing. Sunday evening I was treated to an authentic American Thanksgiving surrounded by families who love my family even as we get to know each other.

We celebrated in a perfectly appointed Dutch canal house. The weather was Dutch crazy – rain, sun, hail and then darkness. We swapped the bikes for a car on account of transporting three pies, two kids and the hail. Jeff dropped us all off and drove a few blocks to park the car.

The group has one member whose oven is large enough to fit the turkey, and she is Australian! Wouldn’t you know she made a perfect turkey. The rest of the group is made up of American women. Two of us married American men and the other two married Dutch men. All of us had little ones running around. We divided up all the sides and desserts and had quite the spread of Thanksgiving food. The kids played and we gave thanks for our many blessings of family, friends and living abroad. Then we ate the delicious food together. The kids even sat quietly for a bit enjoying the meal. While dishes were washed to ready them for pie the kids did handprint turkey crafts.

After pies were served it was time for the husbands to retrieve the cars while the moms wrestled the littles back into their coats and boots. Back out into the Dutch weather bellies and hearts full.